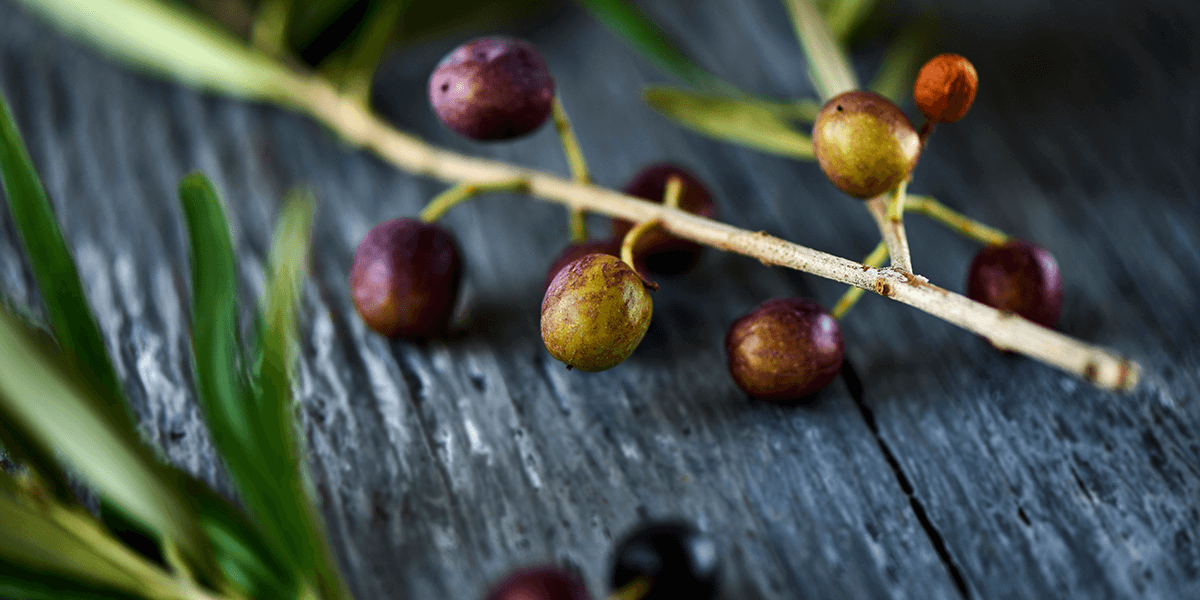 What is Arbequina olive oil?

Legend has it that in the 17th century, Spanish Duke Medinacelli discovered an extraordinarily delicious olive oil during his visit to Jerusalem and brought the seedlings of this olive genus to the Iberia peninsula. These saplings are planted in the Arbequa region, located in the northwest of the coastal city of Tarragona, near the city of Leida in Catalonia, Spain, and the Arbequina olive trees, named after this region, proliferate throughout the region.

With the resurgence in popularity of artisanal olive oil in the 20th century, Arbequina olives and the oils obtained from these olives went through a period of rediscovery, spreading from Spain to the Mediterranean and from there to many parts of the world.

What makes arbequina such a popular variety?

Arbequina trees came to the fore with their compact, durable and fruit production maturity at a younger age than other varieties. In general, its fruits are small and offer a large oil yield of up to 25%. And this yield is offered in the early harvest period. While most olive cultivars wait longer to mature on the trees to achieve high yields, they also sacrifice important nutrients during this time. Arbequina can be harvested earlier and retain its high yielding, nutrient-rich oil with ideal flavor characteristics.

Extra virgin olive oil from this species is characterized by being a sweet olive oil. It does not leave a bitter taste in the mouth like other olive oils. The fact that arbequina oil leaves a small bitterness in the throat indicates that it is a fresh olive oil.

The Arbequina olive is a small olive that doesn't even weigh two grams. Although it is not very large, you can get much more oil than other olives because it is very oily. This type of olive oil, obtained from Arbequina olives, is one of the most successful options for anyone who loves light olive oil and gives a good taste to their meals.

Another feature of arbequina oil is a distinctive fruity, banana or apple-like aroma. This unique flavor is due to high levels of polyunsaturated acids.

These olives contain less polyphenols than other varieties, thus yielding an oil with little bitterness as well as less defense against oxidation. Arbequina, unlike others, has a fairly high percentage of oleic acid, this is beneficial for those with high bad cholesterol and low good cholesterol and helps regulate this incompatibility.

What is the most common use of Arbequina olive oil?

Arbequina oil has a sweet and mild flavor, making it distinctive in the kitchen as well. These properties allow it to be used to make more things than the rest of the harder olive oils.

It is also used in the preparation of soft or delicate sauces such as mayonnaise.

We can say that it is also recommended for use in the bakery industry and can be used as a substitute for butter in making biscuits or cakes.

Another of its most common uses is for salad dressing, because it is soft and slightly sweet, it pairs perfectly with ingredients such as apples, kiwis or raisins.

For those who love a rich and healthy breakfast, Arbequina extra virgin olive oil makes a wonderful combination with fresh or toasted bread in the morning, accompanied by hot tea.

This type of extra virgin olive oil is also recommended for making fish and seafood such as anchovies or pickled salmon in vinegar.